Posted on March 9, 2016 by buildingourpast 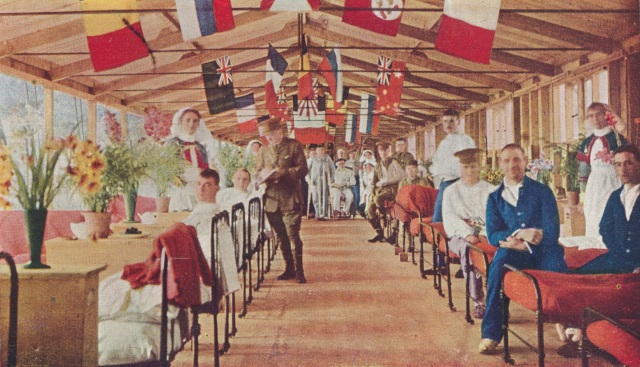 An open-air ward at the First Eastern Hospital in Cambridge. The men in the foreground are wearing ‘hospital blues’.

One of my current preoccupations, which will contribute to a Historic England project about the home front during the First World War, is wartime hospitals. Specifically, hospitals created on home soil to care for the sick and wounded between 1914 and 1918. 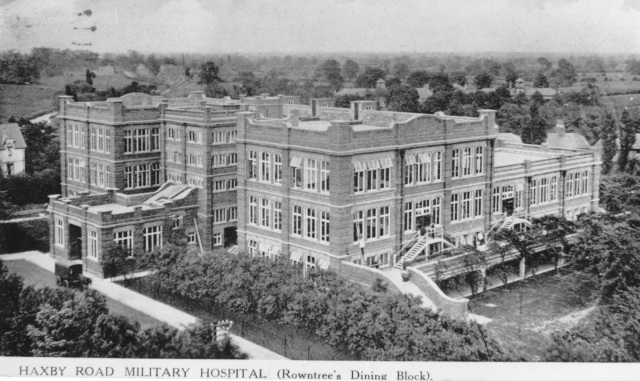 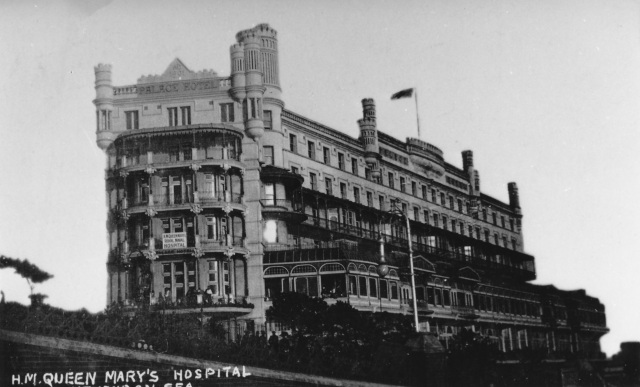 It is well known that large numbers of country houses and other buildings – schools, church halls, workhouses, children’s homes, hotels – were converted into hospitals for the duration. The wards in the National Trust’s house at Dunham Massey were convincingly recreated for visitors last year, and English Heritage mounted a fascinating exhibition at Wrest Park. Even the Brighton Pavilion was called into service, for Indian soldiers. But after the war these converted buildings resumed their normal peacetime existence, and wartime alterations and additions were soon swept away. 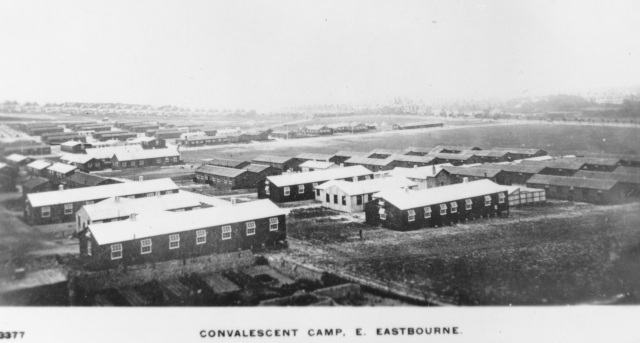 Hutted complexes, arranged as spider blocks with connecting corridors, were added to many older institutions. And when new self-contained wartime hospitals were built, they adopted the same form. 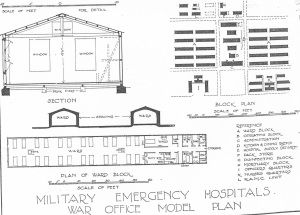 Individual ward huts were clad in timber or asbestos, and were often designed on the so-called ‘open-air principle’, with one side open to the elements to encourage healing. This was one of the most fascinating aspects of the hutted hospitals of the Great War, representing a sophisticated improvement on the War Office model plan, promoted by civilian rather than military doctors. At the First Eastern Hospital in Cambridge – on a site now occupied by Giles Gilbert Scott’s University Library (1931-34) – the canvas blinds of the open-air wards allowed rain and snow to fall on the beds. The men thought it paradise after the trenches, but the nurses caught colds.

In 1996 I visited a set of Great War hospital huts at the former Ontario Military Hospital, Orpington, but shortly afterwards they were demolished. And a hospital hut and two circular steel tents are known to have formed part of a village hall at Wellington Heath until 2001.Were these the last surviving remnants of Great War hospital huts in England? I have been unable to identify any others. I am convinced, however, that some hospital huts of 1914-18 must survive, possibly unrecognised and perhaps relocated from their original site.If you are aware of any, please let me know!

1 Response to Identifying Hospital Huts of the Great War