Posted on January 18, 2016 by buildingourpast 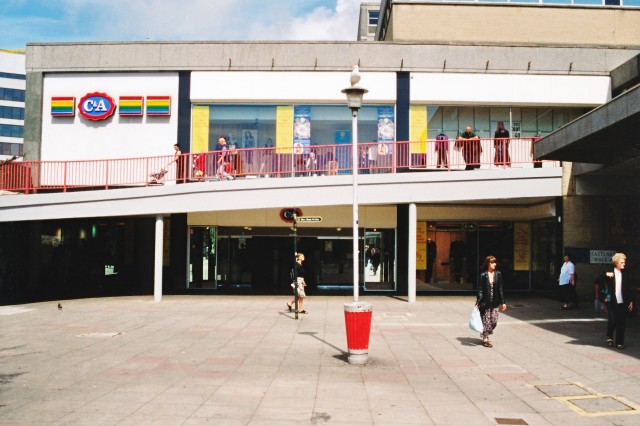 Like many other multiple retailers, C&A increasingly leased units in large-scale commercial developments during the 1960s and 1970s. Branches opened in the Lower Precinct in Coventry (1965), the Merseyway Centre in Stockport (1968), the Arndale Centre in Doncaster (1969), Drake Circus in Plymouth (1971) and in many other purpose-built shopping centres. In tandem with this, C&A continued to take over suitable older premises (such as Murfitt’s in Hounslow in 1964), and to build its own new stores. Several of these – for example in Ilford (1960) and Preston (1961) – took the place of cinemas or theatres, buildings which were falling into disuse in great numbers at this time. In addition, some of the older pre-war stores were extended and furbished. The deep arcade shopfronts were gradually replaced with clear-view windows, providing more internal sales space. From 1957 all branches included a menswear department. 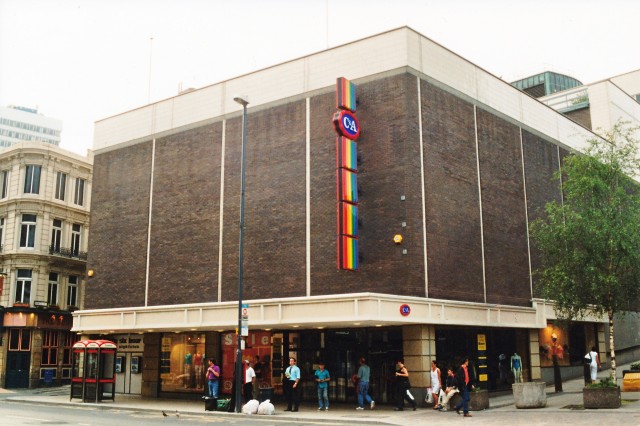 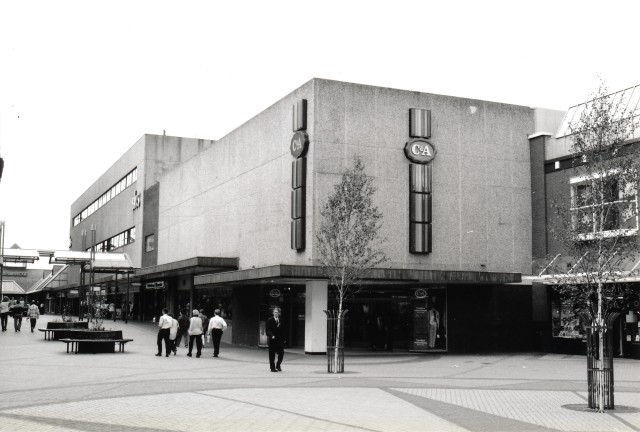 The architects North & Partners continued to work for C&A until around 1970. One of their last works was an extension to the Birmingham store which opened in 1971. The interior, by Maurice Broughton Associates, featured boldly-patterned carpets, futuristic light fittings, a coffee shop and a ‘Gear Cellar’ with an ‘amoeba-shaped’ fitting room. C&A was now using the same fittings across all its European chains, right down to cash registers, storage bins, dark brown plastic signs and brown/beige terrazzo flooring. Brand names included ‘Sixth Sense’ for women and ‘Westbury’ for men.

Leach, Rhodes & Walker, a Manchester firm of architects who had hitherto specialised in offices, began to work for C&A in the late 1960s. Their first collaboration may have been in Sunderland (1969), where Leach, Rhodes & Walker designed a shopping centre in which C&A took a unit. 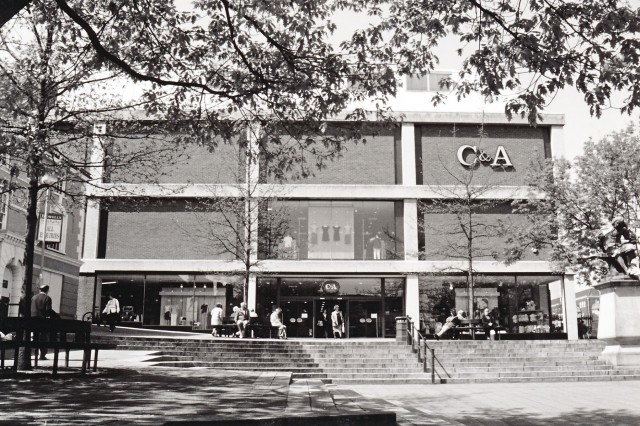 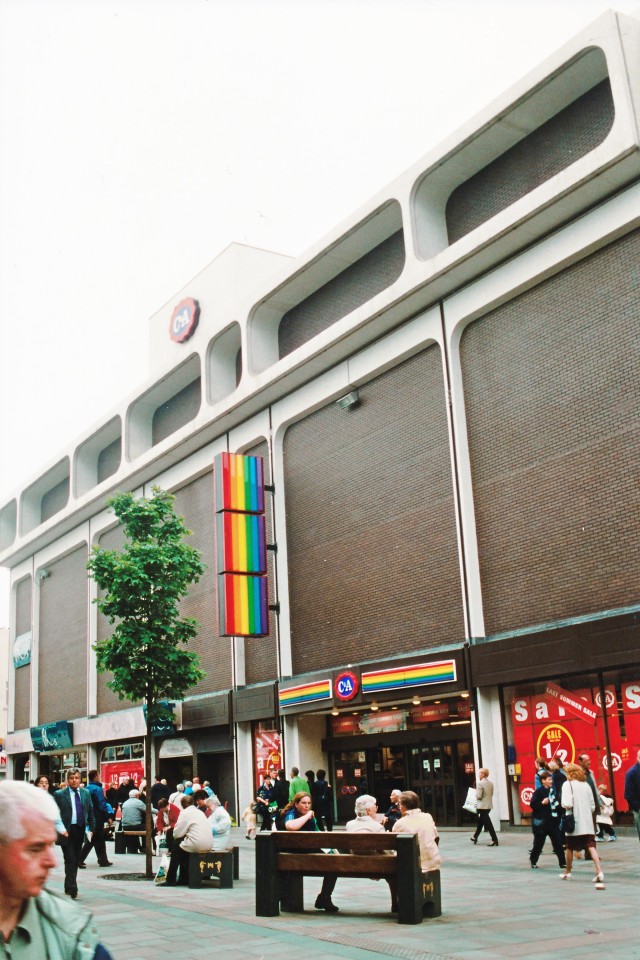 C&A in Newcastle in July 2000. The building was shared with BhS. (K. Morrison)

Around 1970 a new faith in artificial lighting and ventilation meant that retail architects were spurning curtain walling in favour of blind façades, to the detriment of so many high streets. Leach, Rhodes & Walker designed several stores in this manner for C&A. These had dark brown brick cladding, often divided into panels by an exposed concrete frame. Examples can be seen in Huddersfield (1969), Norwich (1970) and Newcastle (1974). In Norwich, apparently in earnest, C&A declared: ‘The design of this new branch was such that it blended beautifully with two nearby medieval churches, and the attractive Haymarket surroundings’. Leach, Rhodes & Walker continued to work for C&A for many years. 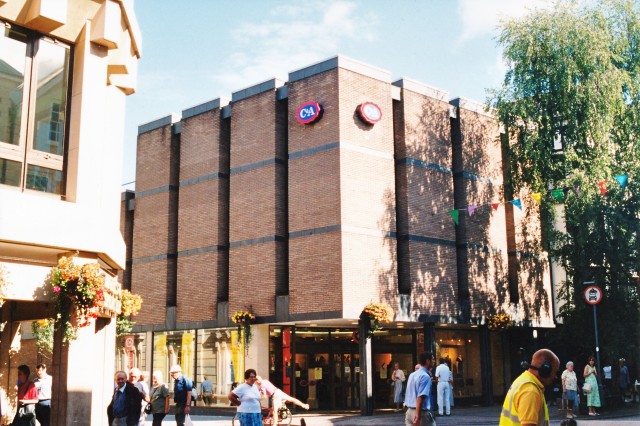 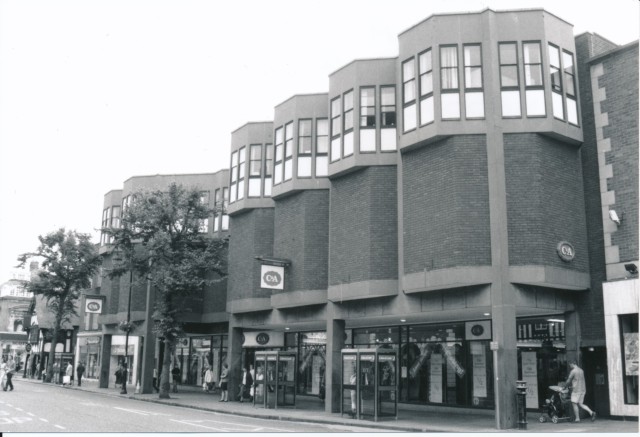 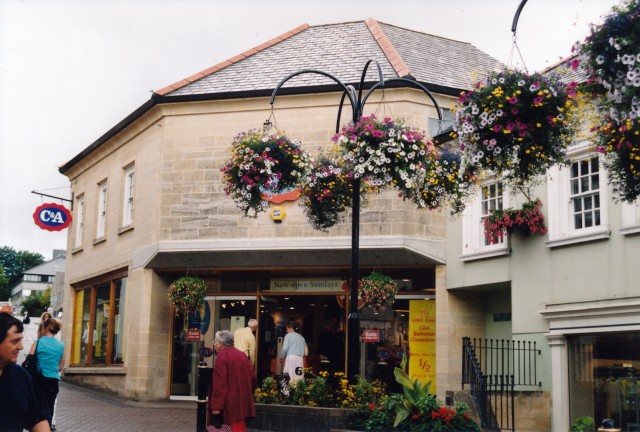 C&A had 55 UK stores in 1972, when it celebrated its Golden Jubilee, and 100 in 1985. Most of the newest stores were in shopping centres. The company peaked with 120 stores, but this had reduced to 109 by 2000 when the decision was taken to withdraw from the UK. Redevco, C&A’s property arm, retained the company’s freeholds and continues to look after the portfolio to the present day. 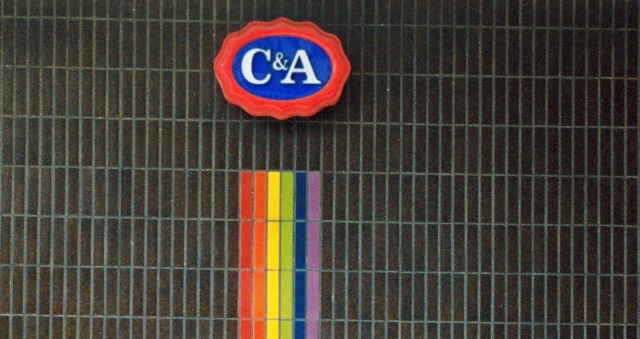