A Spotter’s Guide to Montague Burton – the Tailor of Taste, Part 2

Posted on January 28, 2017 by buildingourpast 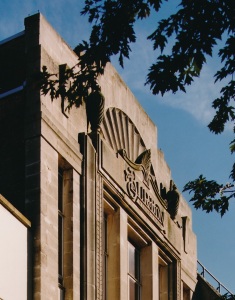 Burton’s architect, Harry Wilson, had fully embraced art deco by 1930 and seems to have had great fun dressing façades in variants of this popular style. This involved the application of stylised geometric motifs, sometimes in profusion. 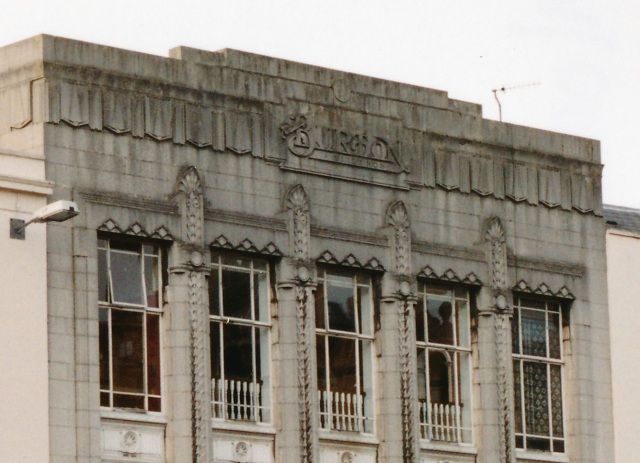 One of the most extraordinary of Burton’s art deco facades, unparalleled elsewhere, was in central Birmingham. This was distinctly Moorish in style, and can be regarded as Burton’s equivalent of Woolworth’s Sunderland branch.

Birmingham in 2001, shortly before demolition 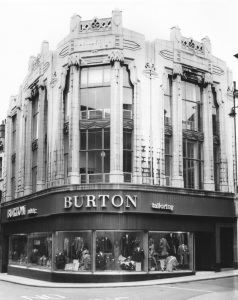 Smooth, reflective, polished emerald pearl granite faced around 15 Burton stores of the 1930s, including Bournemouth, Hull (1936), Mexborough (1937), Poole, Reading, Southampton, Stratford-on-Avon and Wednesbury. The suppliers at Hull, and probably for all the others, were Fenning & Co. of Hammersmith. 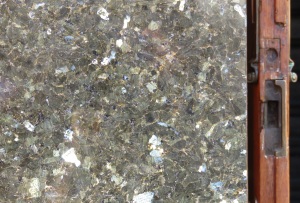 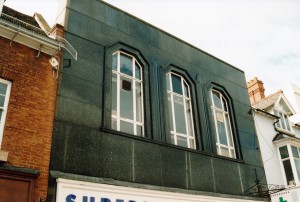 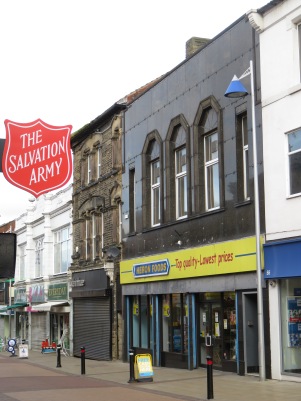 Many of these dark façades had three principal windows with polygonal heads, often enclosing sunbursts. This extended the aesthetic of the ‘chain of merit’ and the ‘coffin’ doors. Interestingly, the same design was replicated in Empire Stone, brick and other materials, for example in Newark (Stodman Street, 1934), Bury St Edmunds, Durham, Lincoln (1931), and elsewhere. 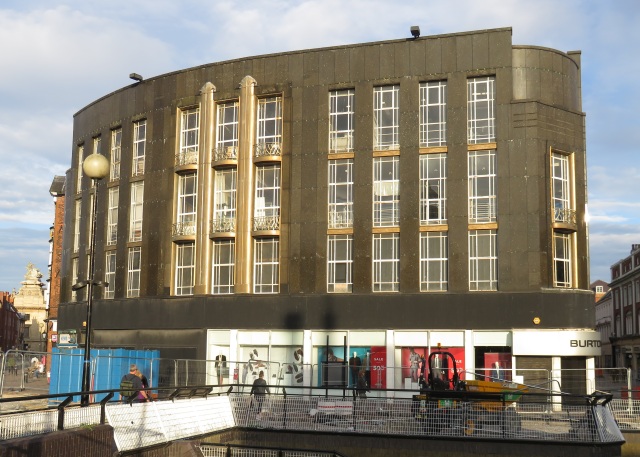 The black façade of Hull, the most stunning of the granite stores, was set off by gold metalwork. It resembled the smaller Reading frontage. 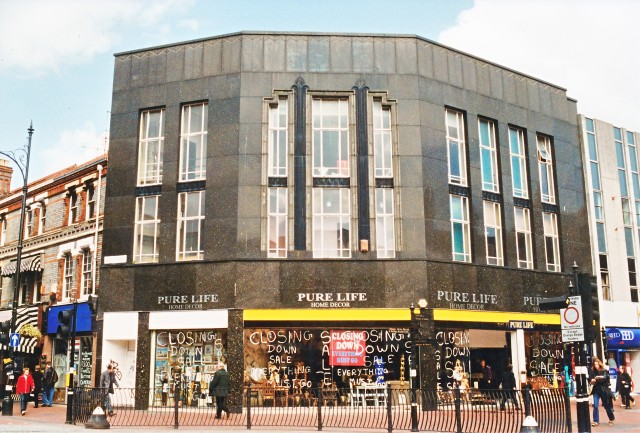 While a vast variety of geometric motifs, mostly abstract, appeared in the Burton lexicon, the most popular and intriguing are the elephant heads which crown pilasters at, for example, Barking (1931), Belfast (Ann Street), Cardiff (Queen Street), Greenwich (1932), Halifax (1932), Oldham, Streatham (1932), Wolverhampton and Weston-Super-Mare (1932). Perhaps ALL of Burton’s elephants date from a brief period in 1931-32? 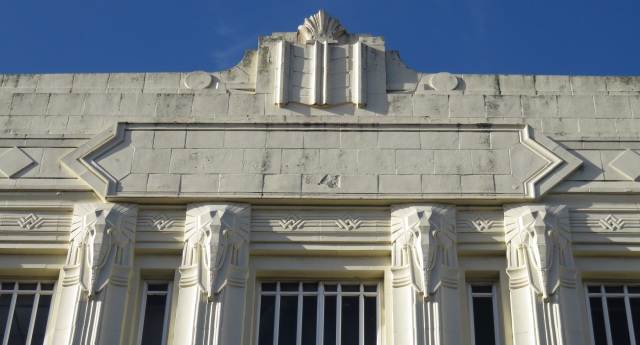 Taking the place of capitals, these can be compared with the use of lion’s heads on Woolworth’s Walsall store, of a similar date. The exact significance of Burton’s elephant heads, however, has never been fully explained. 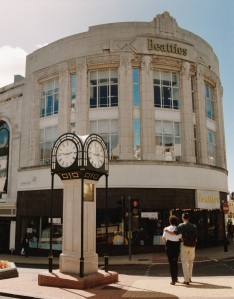 Wolverhampton in the 1990s

2 Responses to A Spotter’s Guide to Montague Burton – the Tailor of Taste, Part 2