Posted on December 17, 2017 by buildingourpast 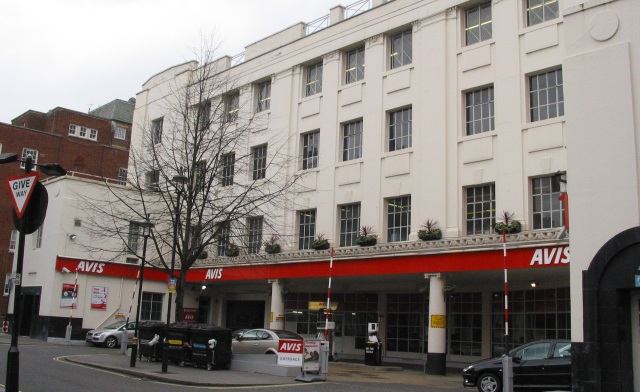 This historic garage can be found just off London’s bustling Oxford Street, opposite the main entrance to Selfridge’s department store. Built as Macy’s Garage in 1925-26, it was one of London’s most imposing car parks. 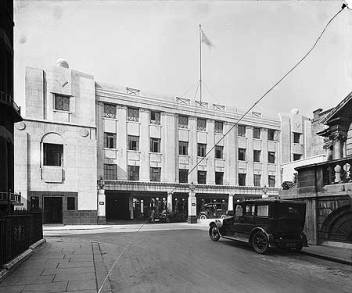 Macy’s Garage was designed by the architects Wimperis & Simpson. They opted for a neo-classical style – a departure from the industrial  appearance of earlier garages – with brick walls rendered in ‘Atlas White’ Portland cement. The internal structure was of concrete and steel and the windows had metal frames.

The back of the petrol filling station in 2006

A petrol filling station occupied the centre of the frontage, set between low pavilions. Ten pumps were arranged in pairs on a curved island.  Behind them lay a showroom. 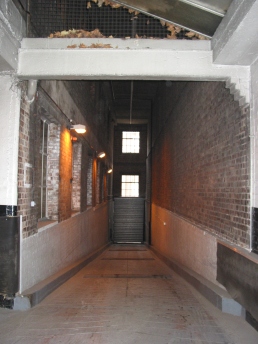 Cars could be driven up a long, gentle ramp from a side street to the first floor. A washing stance was positioned conveniently close to the top of the ramp. To reach the other floors, vehicles had to be transported by lift (or ‘motor hoist’).

The ground-floor vehicle lift and turntable in 2006.

In May 1927 it was announced that The Car Mart Ltd. had taken over Macy’s. The Car Mart, founded in 1908, was one of London’s oldest dealerships. Its headquarters occupied impressive purpose-built premises at the bottom of Park Lane. Macy’s became its service station, and for a couple of years the upper floors continued to be available for public parking. An account of the garage in Illustrated Sporting & Dramatic News gives a flavour of the clientele at this time:

By 1929, however, the garage was devoted exclusively to ‘wholesale activities’, and in 1931 it was taken over by Dagenham Motors (a subsidiary of The Car Mart), which dealt in Ford cars and commercial vehicles under annual contracts. Macy’s was no longer a public car park.

Dagenham Motors’ showroom was on the top floor, servicing for commercial vehicles on the second, and servicing for cars on the first. The company installed a turntable in front of the car lift; this was still in place in 2006. 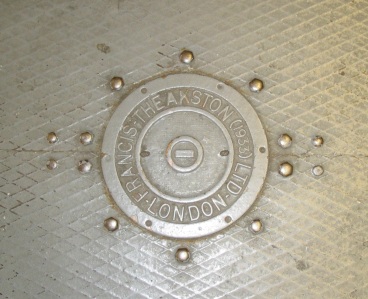 Dagenham Motors remained at Balderton Street until the early 1980s. The garage was taken over by Avis as a hire car garage and then, in 2010-14, converted into the Beaumont Hotel, with a monumental figure sculpture by Antony Gormley, called Room, seated atop one of the side pavilions.

Room by Antony Gormley (Matt Brown via Wikimedia Commons). The interior is a hotel suite.

Macy’s is one of very few multi-storey parking garages to have been listed. It received this accolade (Grade II) shortly before its conversion, in 2009.

View from third-floor window in 2006.