Posted on December 27, 2017 by buildingourpast 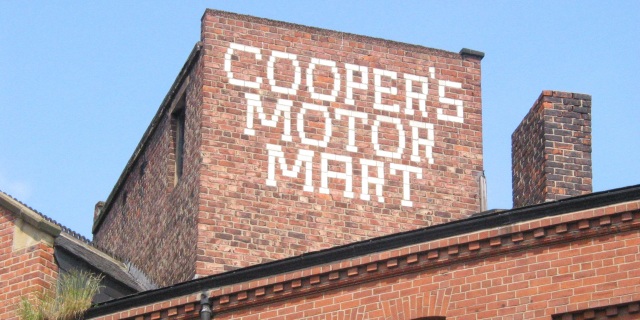 Cooper’s Auction Yard (later Cooper’s Motor Mart) on Westgate Road in Newcastle-upon-Tyne was built for James Cooper (1849-1925). Cooper, the son of a harbour master from South Shields, set himself up as a horse dealer in the yard of the Crown & Thistle Inn, Groat Market, in 1878. Business evidently thrived. 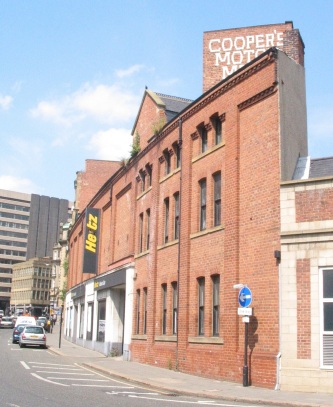 Cooper’s last occupant prior to redevelopment was Hertz (2005)

In 1897 Cooper commissioned the Gateshead architect T. Dawson to design a horse and carriage auction house, with stabling for 150 horses, carriage storage, and one particularly modern feature – a showroom for motor cars. This was spelled out on Dawson’s plans of March 1897, entitled ‘Horse, Carriage, Cycle and Auto Car Repository’. At the time there were very few motor cars on England’s roads, and so this was an extraordinarily far-sighted development. In fact, Cooper’s appears to have been the earliest purpose-built car showroom in the country.

The location of the building, close to the central railway station, was of strategic importance. Its position over Hadrian’s Wall proved equally important in 2005, when Cooper’s was threatened with demolition. This apparently helped to rescue the building, and bring it back to life. 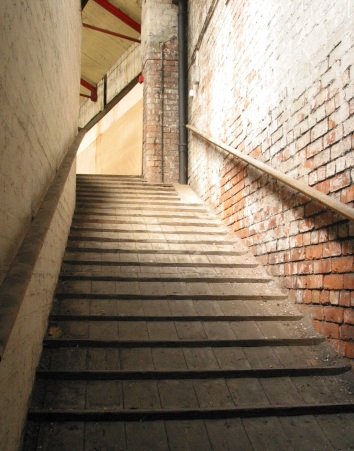 Before its redevelopment as offices (Cooper’s Studios, by Ryder Architects) around 2008, Cooper’s was largely unchanged from its glory days at the end of Queen Victoria’s reign, when horses and carriages were still dominant. A wooden horse ramp survived, as did fittings such as tethering rings, gas pipes, and some of the original stable flooring. 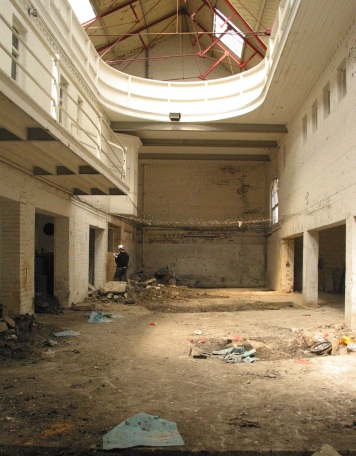 The most striking feature of the building was the auction room, with a ‘horse run’ in the centre. This was lit from above by skylights. It was overlooked by a cantilevered gallery which ran along one side at first-floor level, and also by an oriel window, probably for Cooper’s own use. 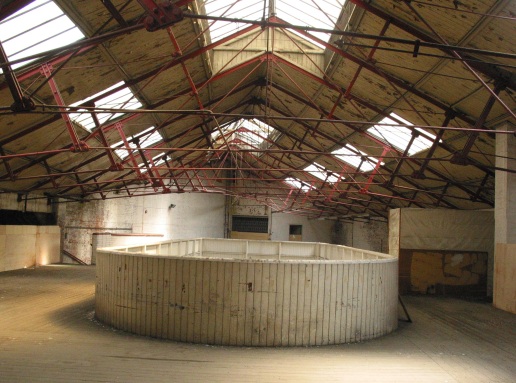 The top floor – for auto cars, carriages and cycles – was open to the roof and served by a vehicle lift. The central well created a 140ft circuit where people could test bicycles and, possibly, light cars. One end was curved.

In 1925 the building was adapted as a motor car garage by the architects Percy L. Brown & Son, perhaps better known for designing cinemas and theatres. This conversion was probably instigated by James Cooper junior after his father’s death. Stables were superseded by a new ground-floor motor showroom, petrol pumps were installed, and the lift was replaced.

The plant room at the top of the lift shaft still displays lettering from c.1925, executed effectively in white brick, proclaiming the presence of ‘Cooper’s Motor Mart’.